For the first project of 2nd year, we were asked to design and create and interactive, moving iPad magazine.

We were each given a design company; mine being the Timorous Beasties. They are a textile and home furnishing design company, based in Glasgow.

To meet the brief, we had to design 6 different pages for the iPad magazine, in the style of the design company. We were also commissioned to create a front cover for the magazine.

Whilst designing the iPad magazine I had to consider the interactive elements of the magazine, the way that the users would respond to what was shown to them on screen.

It differed from standard editorial design, as text boxes could expand and adapt as the user scrolled around. The way that the user would use the magazine had to be clear to the audience.

The interactive version which I created using After Effects is here.

Below are screenshots of how my magazine would be used. I have included captions to explain any interactivity. 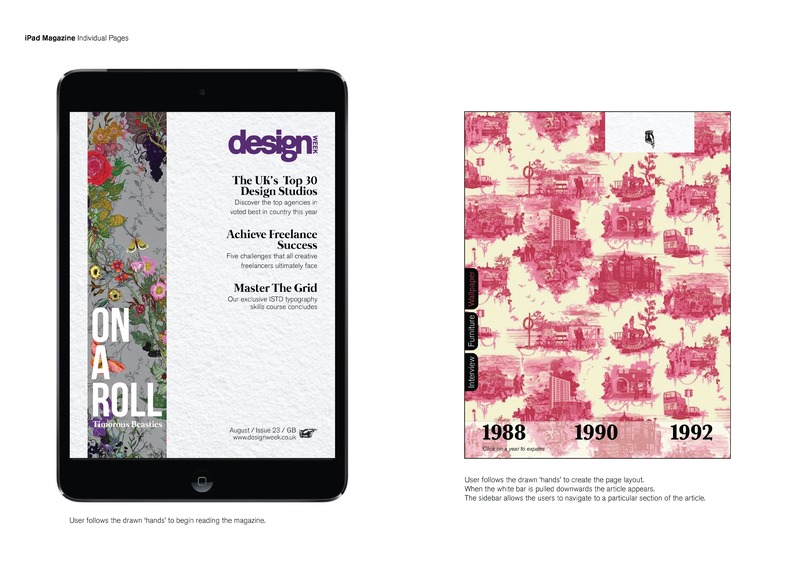 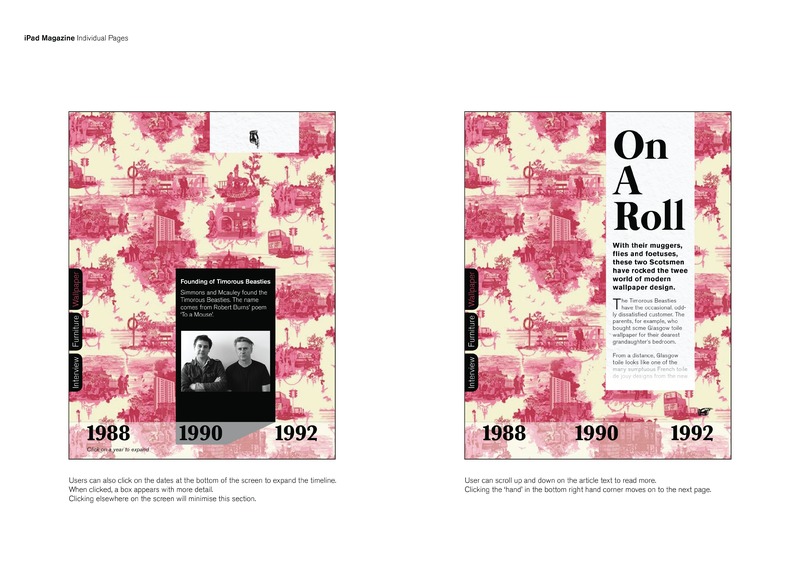 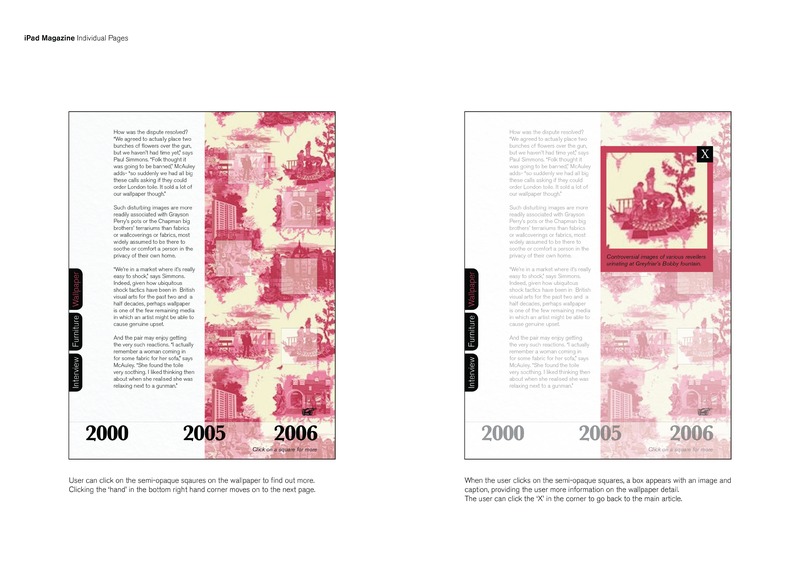 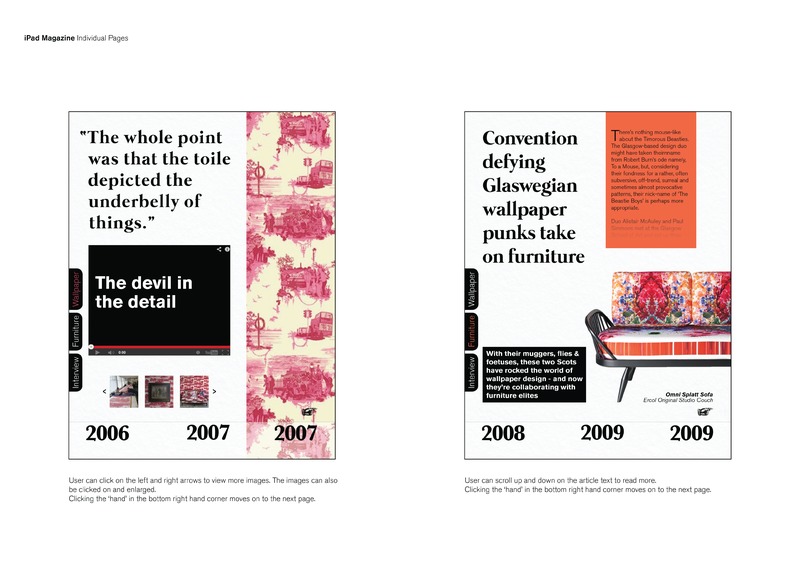 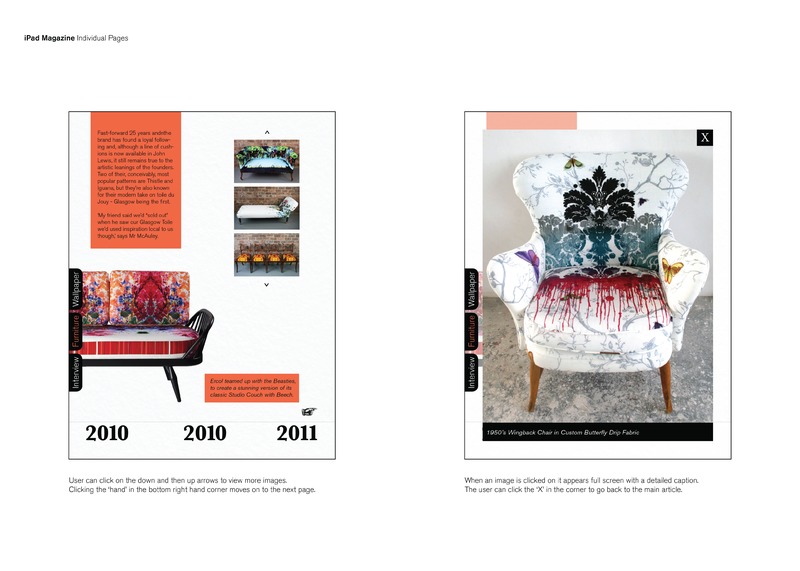 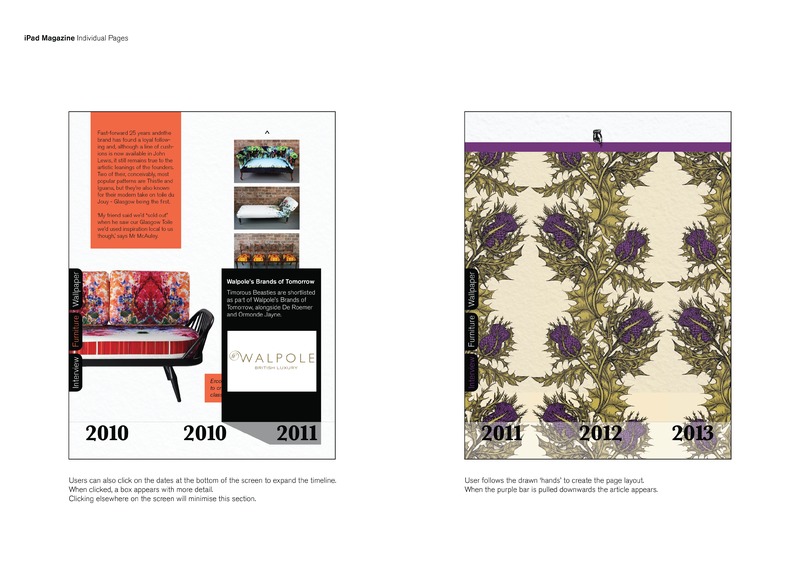 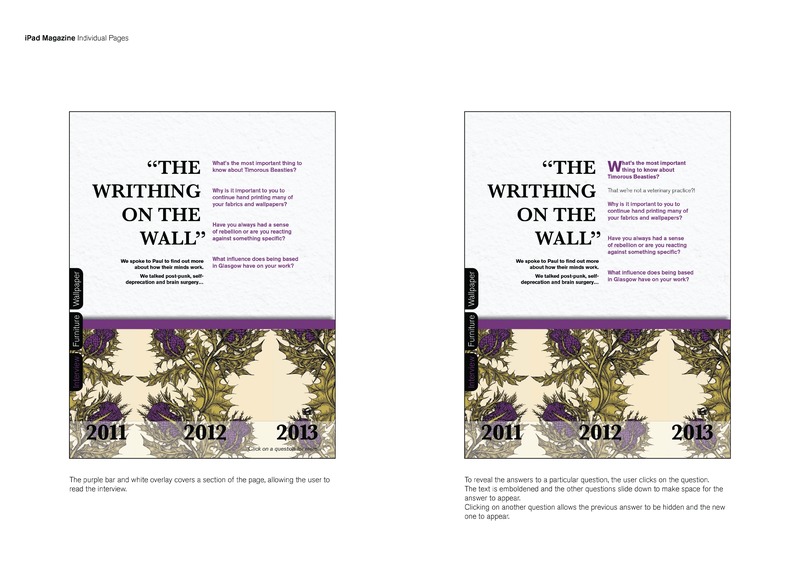 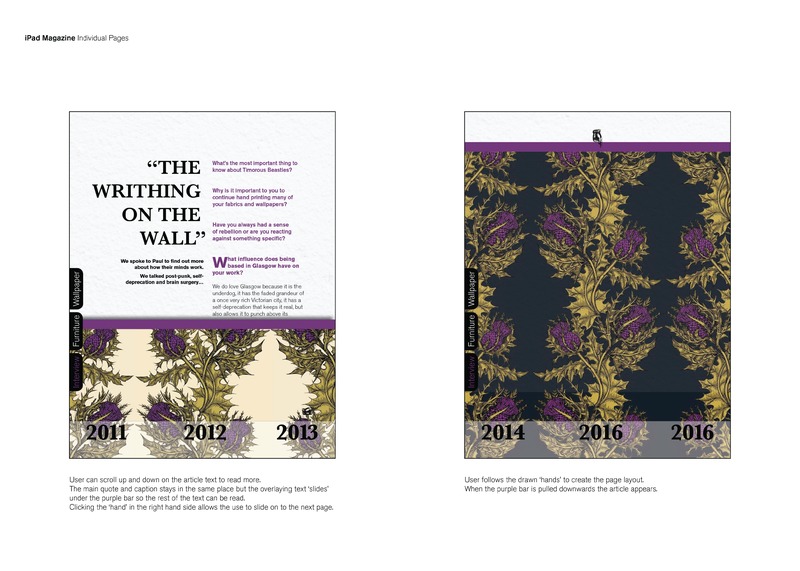 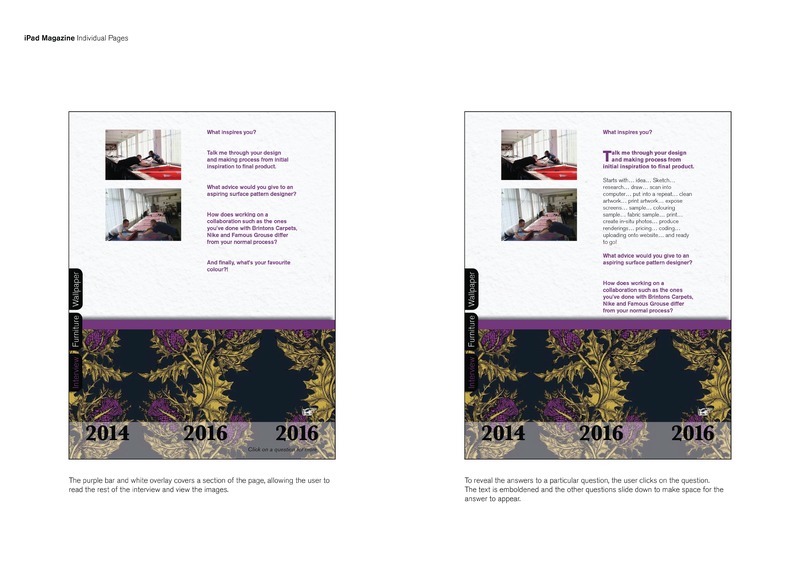 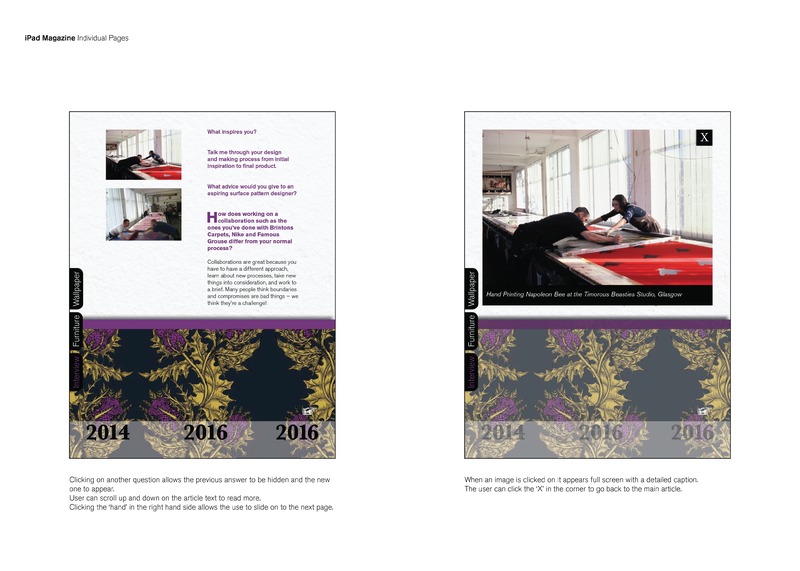