The final brief for this semester was to design and create an advent calendar for our given society or organisation. We were asked to work in pairs for this brief as it would last two weeks (instead of the usual one week timescale).

Mine and my partners’ given society was the International Society of Typographical Designers (ISTD). A quick Google search told us who they were founded by, why and when. We noticed, even though this is blaringly obvious, that the key theme was type. We therefore took this on-board and made it the main focus for when we were designing our advent calendar.

We were encouraged to either make our advent calendar humorous, witty or interesting/factual. Whatever take we took on our advent calendar it had to be visually appealing and stand out from those that you typically see on the shelf around Christmas time (or at the beginning of October!).

We though of the ISTD as being made up of intellectuals and the brief stated it would be given out by them to their clients at Christmas time. We therefore took an informative approach to the advent calendar- changing the usual 24/25 windows to 26; one for each letter of the alphabet.

We set the advent calendar out as an old fashioned type tray- much research went into this to get it right. We decided that the windows would be opened in alphabetical order and beneath each window would be a fact about a typeface beginning with that letter. For example F for Futura and Z for Zapfino.

I enjoyed researching about different typefaces, although I do admit it was a bit of a challenge finding typefaces beginning with Q and X, for example. However, we did find the whole alphabet in typefaces. 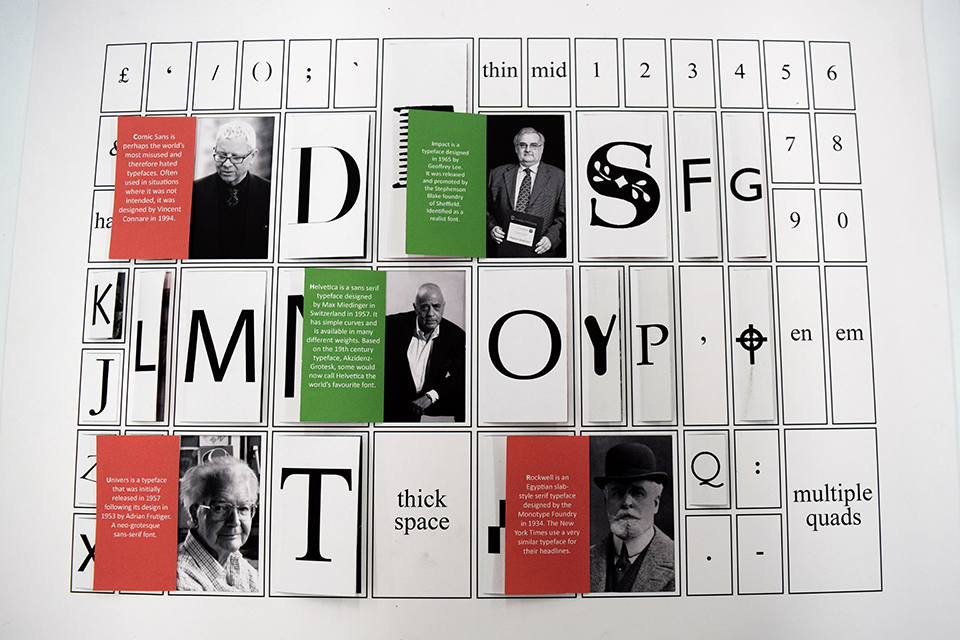 Abiding with the Christmas theme we chose to use the colours green and red within the interior of our advent calendar- we wanted a professional, clean look from the outside. We also used black and white images of the typeface creators/developers inside of the windows.

Our actual advent calendar ended up being quite large compared to the rest of our work (it was A1 in the end to give you some sense of scale) and we chose to do this so that the text would be readable within the doors. 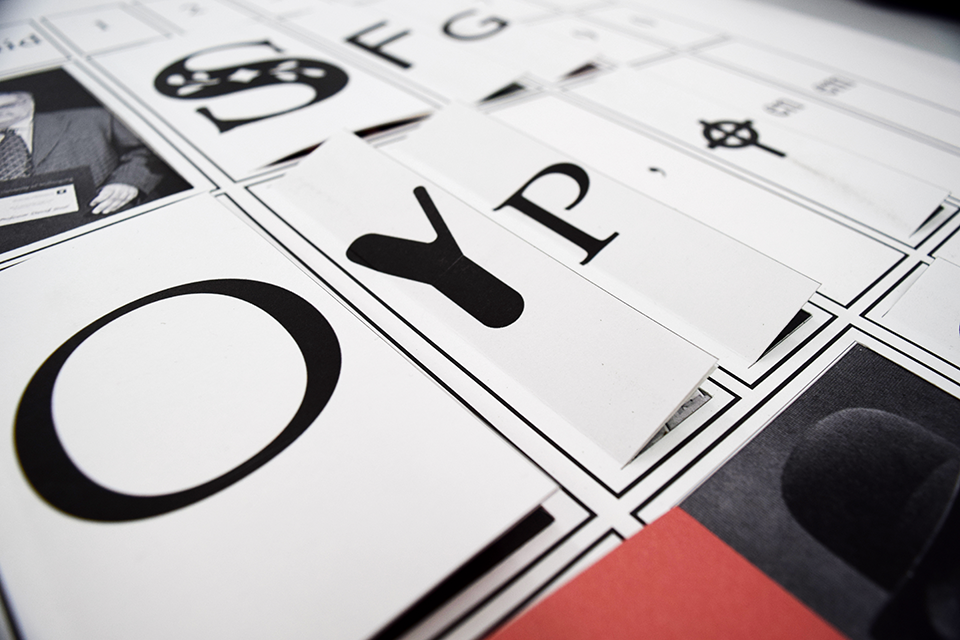 This is likely to be my final post until next year so I’d like to wish you a very Merry Christmas and a Happy New Year.