The project this week was all based around the growing popularity of Google Doodles. Many of you will be familiar with the concept: it’s when Google changes its logo to fit in with a national holiday, event, or a way to remember something that has happened in history.

We were not given a specific date or event to design a Google Doodle for; this was one of the challenges we faced as we designed something that had a witty and engaging idea, whilst also being visually appealing.

This meant that one of my first few ideas included creating a Google Doodle to celebrate the birthday of Jacques-François Menou (who discovered the Rosetta Stone in 1799).

Another one of my initial ideas was to celebrate the birthday of Friedrich Miescher (who discovery DNA). My idea to incorporate the graphical structure of DNA and combine it with the letters ‘Google’ is shown here.

I did not feel that I could progress much further with these particular ideas so I went back to the drawing board and begin thinking of other ideas that could be illustrated simply within a Google Doodle.

One of the events which stood out to me was the March on Washington in 1963, led by Martin Luther King. The Google Doodle would go live on August 28th each year to celebrate the anniversary of one of the largest political rallies for human rights in United States history.

I considered using different typefaces to write the letters ‘Google’ on different squares, representing the famous signs that people held whilst participating in the March. However, I could not find typefaces which suited my needs and had the right feel about them. Therefore, in order to make the signs look as hand drawn and original as possible I, too, drew the letters by hand.

I experimented using charcoal, black crayon, markers and pens in order to achieve different styles for each letter. I did not want the letters to look the same as I thought that everyone’s posters would have looked different too.

My development work of these letters and the different ways they were added to my Google Doodle are shown below, along with my final Google Doodle both as an image and on iPad. 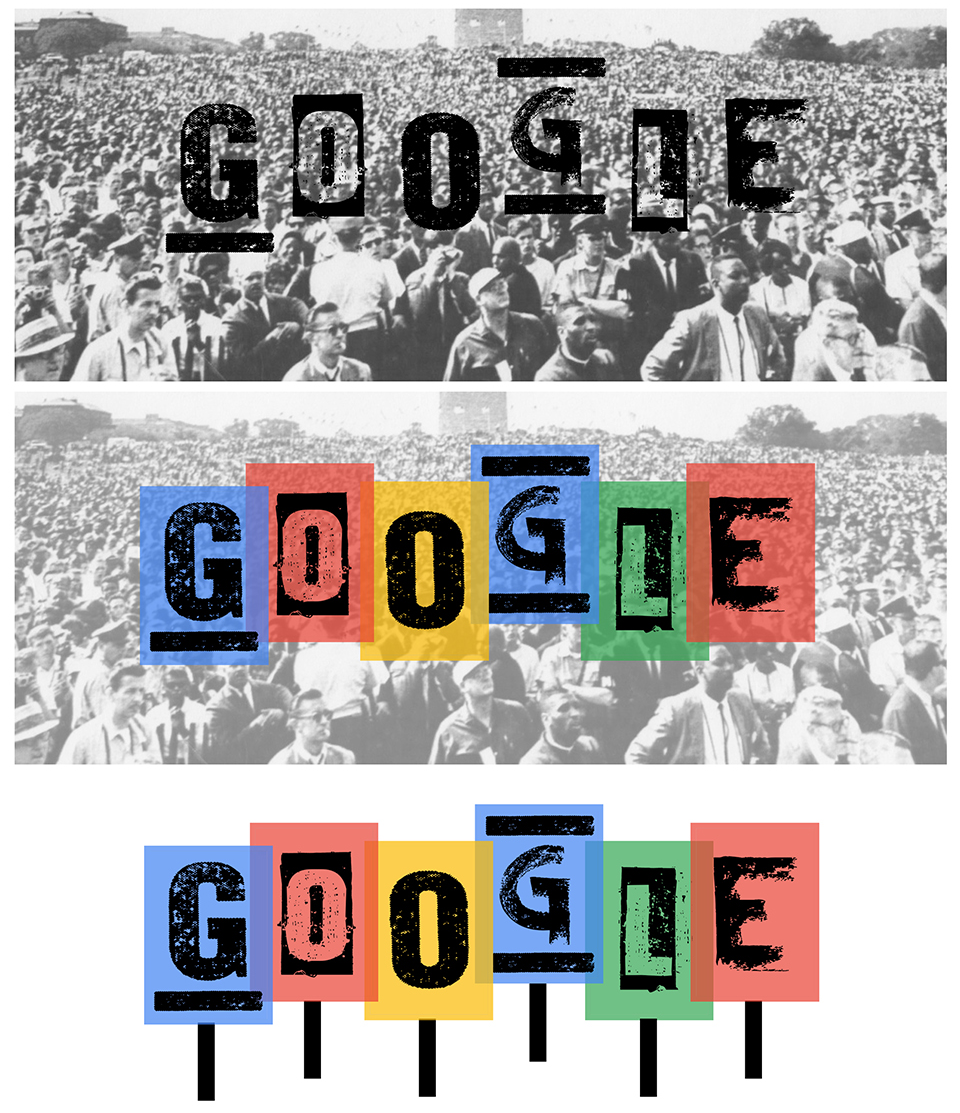 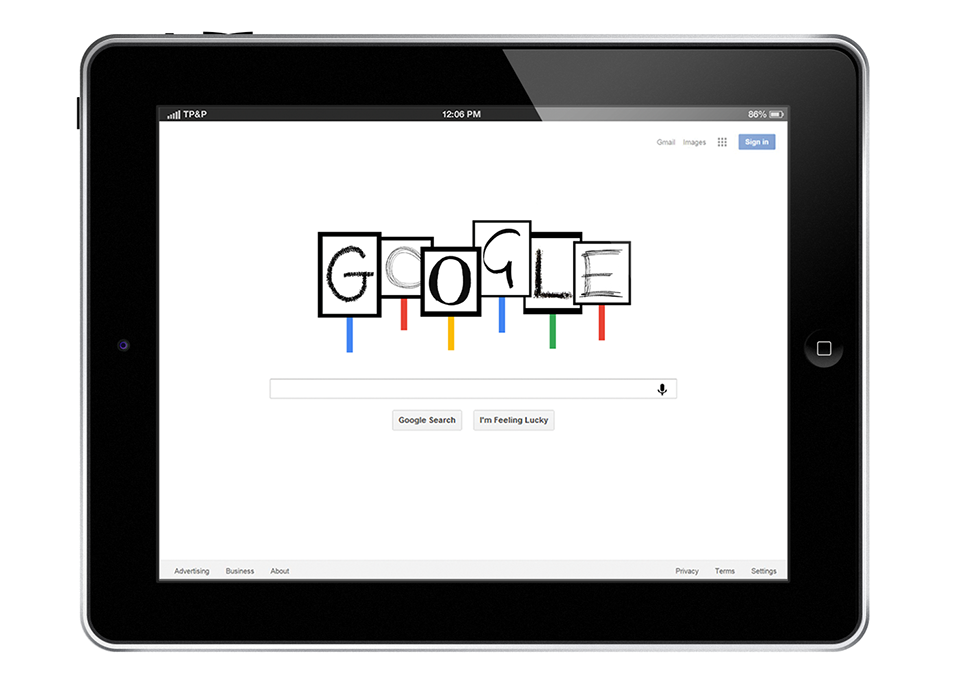