The project for this week looked at image and the way that two images can be positioned together.

The aim was to produce a piece of visual communication that either contrasted, compared, contradicted, humoured one another, involved tension or explored orientation.

Although the thought of putting two images together sounds fairly simple, the connotations that the images needed to have had to be thought provoking and not overly obvious. They were designed to make the viewer think about something or feel some kind of emotion.

My original ideas are shown below. Having discussed my ideas with my course leaders, we came to the conclusion that some of the ideas (such as the two boats, tablets and bomb vest/life jacket) were thought provoking but needed more work before I could create my final ideas. 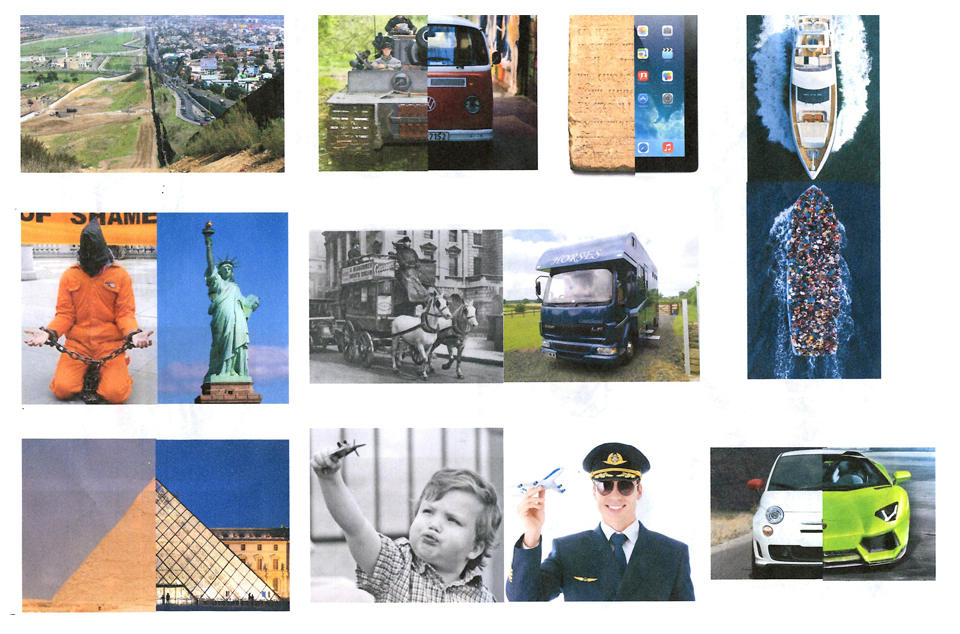 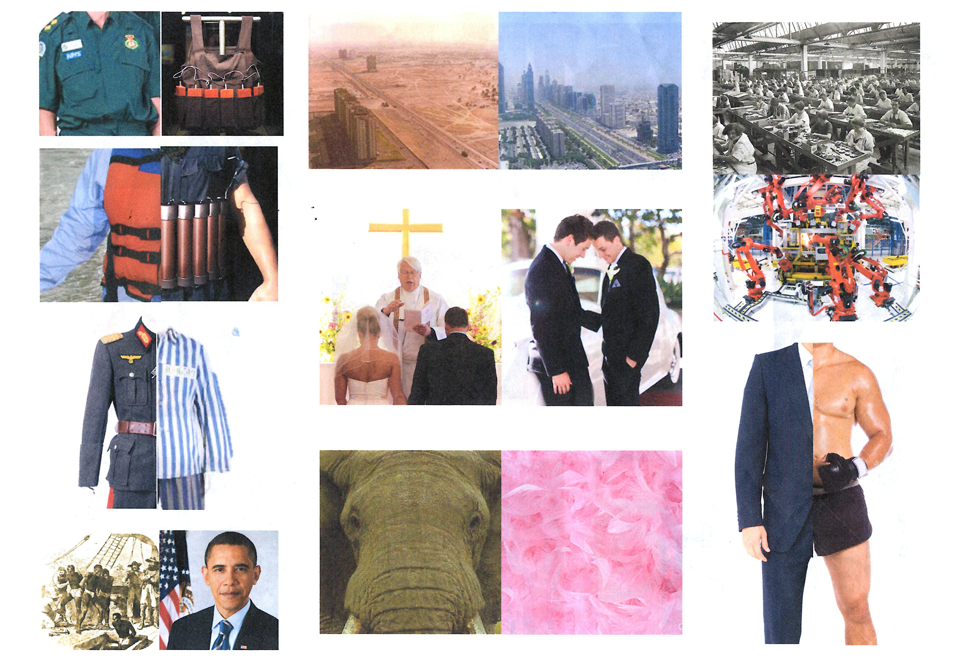 The final format had to be an A2 sheet with three sets of two images. Each individual set didn't have to link to one another which gave me more freedom to explore different aspects of visual representation. My final three ideas therefore didn't have a direct link between each other.

My first image contrasted the difference between rich and poor; the expensive yacht and the boat crammed full of immigrants.

For my second image represented life and death; the life jacket which can save lives compared to the bomb vest which has the power to destroy lives.

The third set of images was a representation of old and new. Simply put, the first image showed the industrial revolution and how the majority of everything was made by hand. The second image was a major contrast, demonstrating how factories can now just be run by robots and electronic machines.