This project was a solution to a competition brief. The brief here was to create a brand that would encourage users at home to create homemade cocktails and it specifically asked for a focus to be made on the 'wealth of history behind cocktail making'.

I therefore created the brand Professor Thomas' Cocktail Dispensary, taking inspiration from that of Victorian Apothecaries; inspiring users to become their own mixology master.

Focusing on the history of cocktails, I discovered that cocktails first became popular in England during the Victorian Era, hence the focus on Victorian cures and mixology. 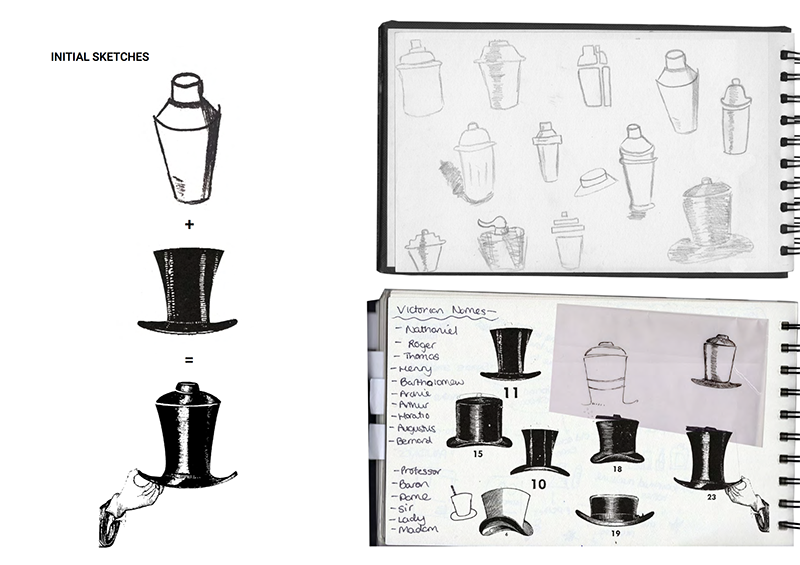 I created this whole world of make believe; the behind the scenes of what goes on in the cocktail making world. Similar to how a bartender takes care of his customers, the Cocktail Dispensary would take care of the cocktail ingredients before they are sent out to the customers.

Lasercut wood, used to create handprinted posters for promotion of the new brand. 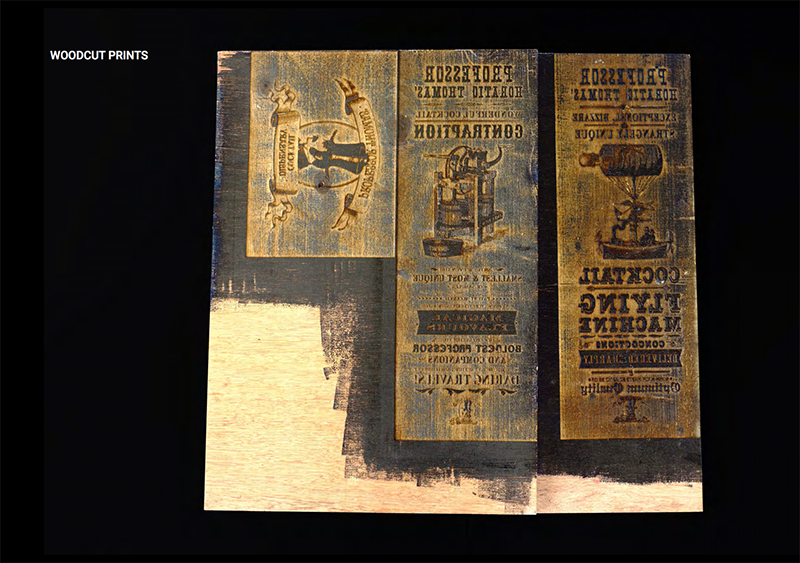 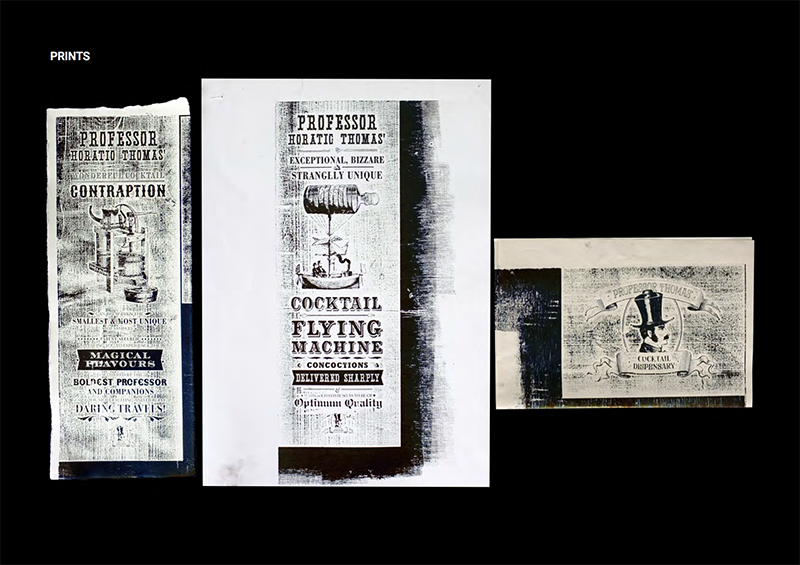 Focusing on the weird and wacky inventions of the time; a futuristic and make-believe world behind cocktail making.

App for allowing the party host to dispense their personalised invitations to guests.

Allows users to order cocktail sets and party packs; everything they need to host their own party. 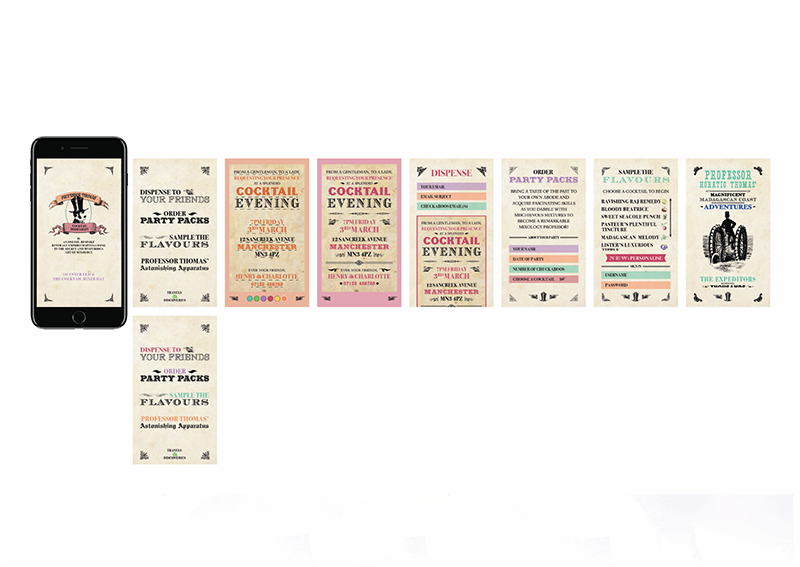 An example of a box set, complete with samples & tinctures to add a twist to cocktail evenings. Users would be able to order different cocktail box sets or have the option to subcribe to a once a month subscription pack containing a unique box. 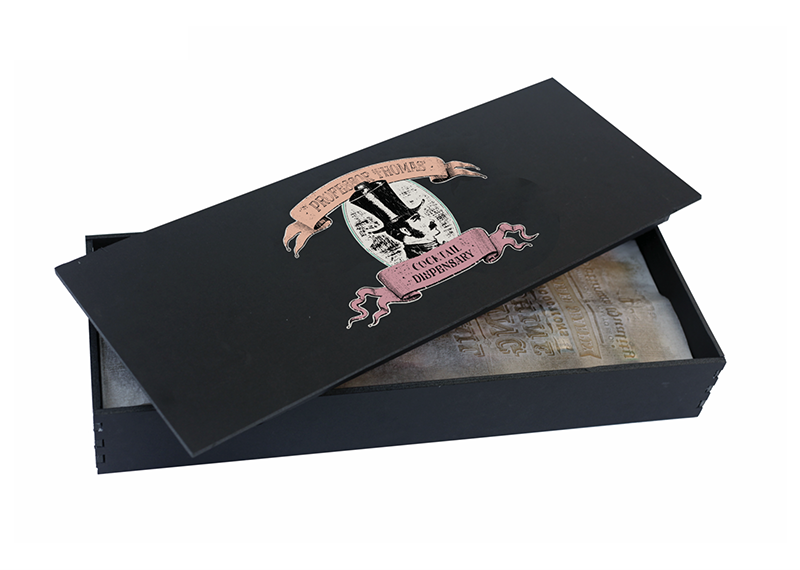 Add a splash or a drop to your cocktail for a bit of fun- all do different things!

My tutor described these as so-called ‘legal highs’, the language used is reminiscent of a snake oil salesman. 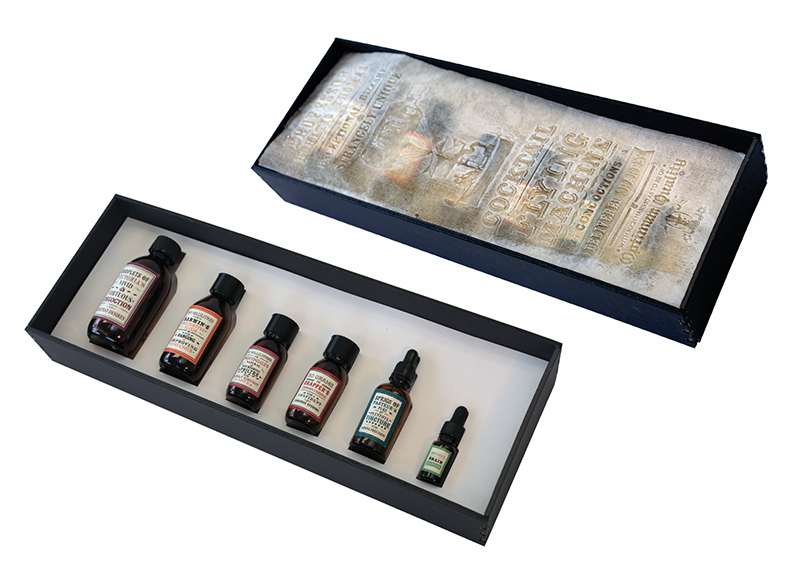 The little tinctures and potions are themed around famous individuals of the era. For example, Darwin, Nightingale and Crapper all feauture on the bottles. 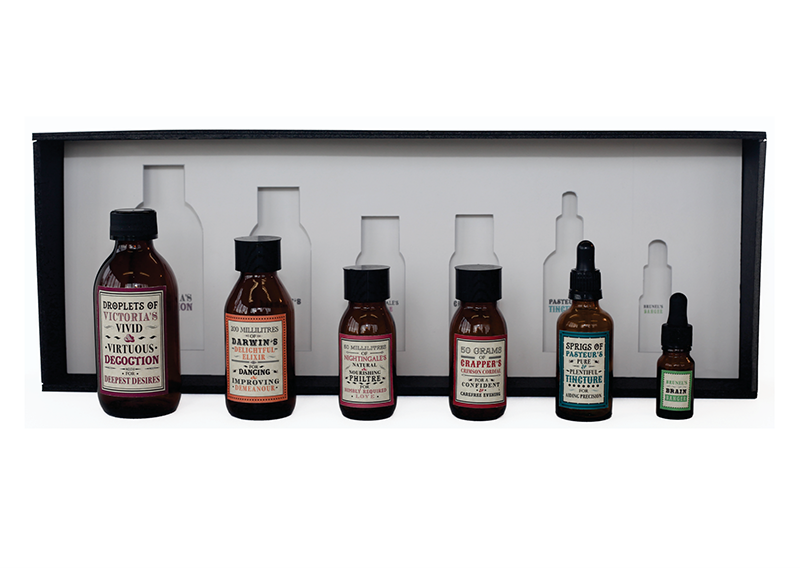 During the party, guests can get further into the traditional Victorian spirit. Including top hats and fancy necklaces, the filters are customisable through the app allowing the host to specify when and where the filter will be shown whilst the party takes place. 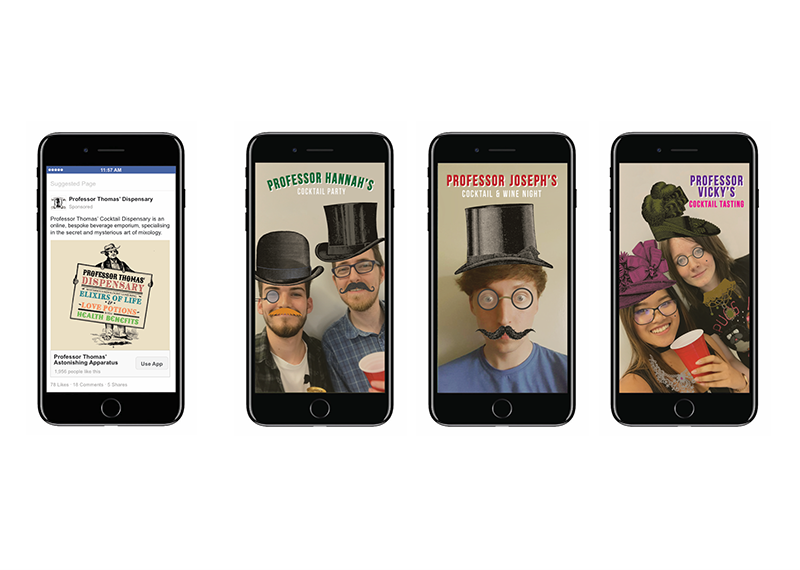 The day after; when everyone is hungover, they are sent a personalised ‘hangover cure’. These are pre-setup by the host via the app meaning that the host doesn't have to do anything the morning after. 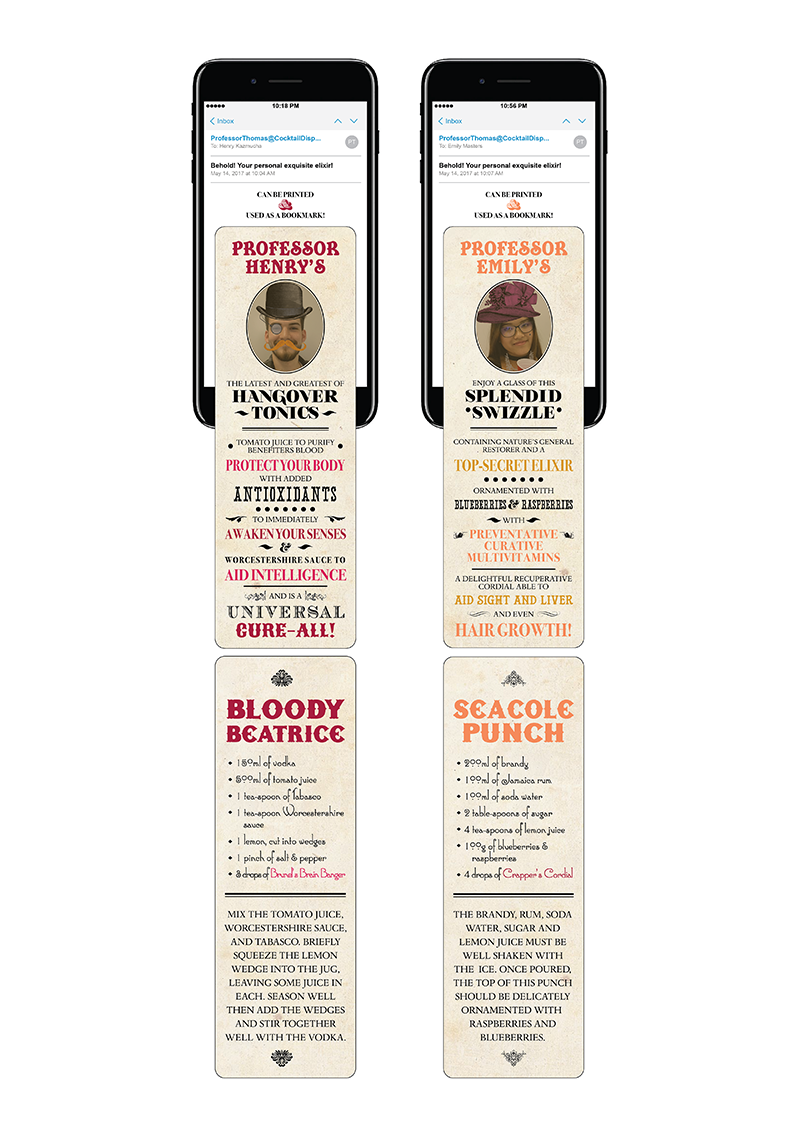 As an alternative to Snapchat personalised cures; more generic thank you cards. Still customisable for guests and dispensed by the host at the end of the evening.

The host can then write a personal thank-you to the guest for coming to the cocktail evening.

The reason behind creating more generic thank you cards is, due to the fact that the target audience is mid-twenties to late 40's, not all of thenm will have access to snapchat.